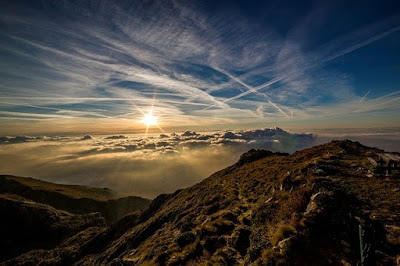 It's official: the Social-Democrat Party (PSD, Liberal/Centre-Right), the People's Party (CDS/PP, Liberal-Conservative) and the Monarchic People's Party (PPM, Conservative/Royalist) have signed an agreement with the far-right ENOUGH (CHEGA) and with the Liberal Initiative (IL, Libertarian/Neoliberal) so it can form a governmental coalition and rule the Azores after 23 years of Socialist Party rule. CHEGA and IL will not be part of the government, but signed an agreement compromising to support it in the Azorean Parliament voting favorably on all Confidence votes and yearly Budgets and opposing all motions that would force new elections.

This was another major fail for the mainstream pre-electoral polls that predicted a majority win for the Socialist Party, the doubt was only how big would this majority be and if the Socialist Party would have to make some sort of parliamentary agreement with the Portuguese Communist Party (which lost his last MP in the Azores), the Left Bloc (BE, Democratic Socialist) and the People, Animals, Nature (PAN, Animalist) parties to assure it would have a quiet rule for the next four years.

Instead of that scenario, it was a major win for all the right-wing parties, with the far-right entering the Azorean Parliament for the first time ever with two MPs, the IL electing one MP and the PPM electing two MPs after years with a single MP, Paulo Estêvão. Panic is becoming a major issue, since a major payback is expected.

The first known measures are nothing short of scary, the Azores being the poorest region of Portugal, 10% of its population depends of welfare and food banks and the government is the main contractor since jobs are scarce in the nine islands, generations upon generations - like mine - have emigrated to Canada and the United States or continental Portugal and even so job creation has been something rare, other than tourism focused options that I have since long criticized in local newspapers when I lived there and even now, living in Lisbon, as the national government was also overwhelmed with tourism until the so predictable crash brought by Covid-19.

The first two measures announced by the PSD Azores headed government are those imposed by the far-right and its own Neoliberal wing: cutting in half all welfare aid and "degovernmentalize" the region, meaning that the new government will privatize all it can - like the national PSD did privatizing everything from the national airlines to the postal services - and will fire a lot of people currently working for the public sector.

Like in Brazil, the local right-wing parties have long sustained that the Socialist Party remained in power purchasing votes through welfare and food banks, making sure all those 'lazy' people voted Socialist. This is even more absurd if we look at viral fake news campaigns online stating that RSI (welfare) recipients get thousands of euros, when the truth is that that the Azorean RSI is the lowest in Portugal, we are talking about a welfare check of 86,11€ every month. Yes, under ninety euros just to cover basic costs with water, gas, electricity and part of the food expenses (10% of the local population depends of this monthly check and food bank deliveries to avoid starving).

Posted by Flávio Gonçalves at 11:54

Email ThisBlogThis!Share to TwitterShare to FacebookShare to Pinterest
Labels: Azores, Far-Right in Portugal